No Fault Divorce - what is changing? 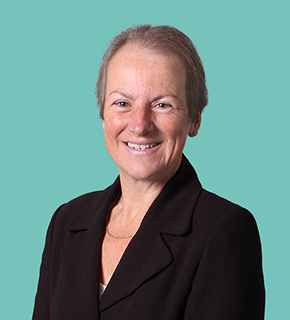 It has been widely reported in the media that no fault divorce will change the landscape of getting divorced in this country, but what does that mean? Lesley Powell of Battens Solicitors investigates.

Currently in England and Wales, you have to prove that your relationship has irretrievably broken down, based on a number of factors, the most common of which are adultery or unreasonable behaviour, in order to petition for divorce. You must provide reasons as to what behaviour was unreasonable. In situations where couples have “fallen out of love” this can cause a high degree of animosity picking apart a relationship for reasons that are needed for a form.

The changes mean that parties will now be able to make a joint application for a divorce preventing assigning blame in a situation where there is none.

The language around divorce is also going to change. It will no longer be a petition, but an application, and the person who applies, will be an applicant.

There will also no longer be a decree nisi and a decree absolute, but instead a conditional order and a final order respectively.

These language changes are done with an aim of neutralising the language used and bringing it in line with other family proceedings.

The ability to defend a no fault application will also be removed, and replaced with the ability to contest only on very limited grounds:

This allows for cases where there are true issues of law that could impact the validity of a divorce to be dealt with appropriately.

Cross applying, where both parties independently apply for a divorce, will also be removed and in instances where two applications are made, the divorce will become disputed instead, as it will be assumed the parties do not agree.

The legislation is further introducing new timelines, with a 20 week window to permit reflection after issue of proceedings and before the conditional order can be made. This allows for a chance for reconciliation, but also a chance for agreement of practical arrangements for the future. The period between the new conditional order being issued, and the ability to apply for a final order (previously the decree absolute) will remain at 6 weeks.

Seeking legal advice on the breakdown of a relationship is always advised, especially in situations where there are children or joint property. A solicitor can highlight issues that you may not have noticed and support you with communication between you and your partner at this difficult time.